we’re doing unpaid work in the courtroom while temple university’s
lawyer attacks us for being poor. his tongue is a wet dollar. you
have no power, he says, it says so right here in this poem you
didn’t write. therefore, you should have no power—you can just
go home. but we just sit there and we can’t be fired for just
sitting there, for being a poet, for being a union. which is an army
of lovers. the lawyer’s tongue is then a wet piece of toilet paper.
part of it tears off and falls to the floor. pick it up, the judge
says. the lawyer picks up his tongue and hands it to the provost,
who puts it in his own mouth and begins to chew. wet shit runs
down his chin, dribbles onto his tie. the judge orders a five-minute
break. outside the provost tries to shake my hand, so i hand him a
fish, which he begins smacking on the pavement, smacking the fish
on the pavement over and over and he begins to choke, choking on
the poem we didn’t write. and we stand there and watch the provost
choke and choke and then, finally, die. then, on his forehead, we
write a big fucking F.

we’re playing chess on the unfinished concourse to nowhere. you
take off your gas mask and look at me. a train slides under us,
the heart flutters, the homeless who sleep in waves around us.
are we homeless, you say, the city unridden in your face, the
lines unbuilt. you want to organize the ocean. unwrap the fish,
i say. you unwrap the fish, and the fish squints. we begin where
we are. the king is dead, and the queen is dead, and the night
is fat with pawns. 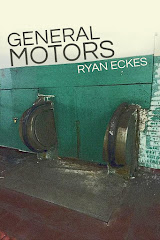 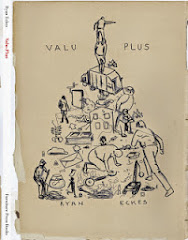 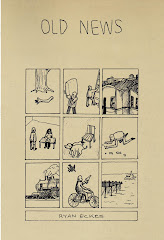